MARIAN DZIWISZ b. 1943 in the village of Michałowice near Kraków. He graduated from the Primary School in Wola Zachariaszowska; Little Theological Seminary of the XX Missionaries in Krakow (1961). He completed his Polish studies at the Pedagogical University in Krakow (1966, currently the Pedagogical University) and a PhD in philosophy in the field of philosophy (1980). He was the editor and secretary of the editorial board of: socio-cultural monthly magazines: “ZDANIE”; “LITERARY AND ARTISTIC WRITING” and “FORMUM OF THOUGHT FREE” in Krakow; assistant professor at the Institute of Teacher Education of ODN in Krakow; a Polish language teacher in high schools and technical schools; lecturer of philosophy at Krakow universities. He debuted with poems in Nowa Wieś (1978). He published his poems, among others in the pages of: “Zdania”, “Okolic”, “Pisma Literacko-Artystyczny” until 1990. His output includes volumes of poetry, among others “Ergo sum” 2007, “Madonna” 2011, “Categorical Imperative” 2014 [available at the Jagiellonian Library], in the years 2015 – 2017 three volumes of the story “Semper in altum – Always up” at LSW. He has published: a series of articles in scientific and socio-cultural journals. Since 2020, at the invitation of Thadddeus Hutyra, Konrad Stawiarski and Marija Najhefer, Popov has been publishing his poems and essays on the websites of national and international Poetry Groups.

Curtea de Arges is a charming Romanian town located approximately 180 kilometers from the capital. The town is a real gem for historians and architecture lovers. According to archaeological research, today’s Curtea and its immediate vicinity were inhabited by Dakish tribes as early as the 3rd century AD. The city reached its peak of splendor in the 14th century, when it became the seat of the Wallachian hospodars. Witnesses to these wonderful times are its monuments, including two very significant churches, namely: the church of St Nicholas, known as the “princely”, and a real miracle of architecture – the metropolitan church. In this city, annual poetry festivals are held, attended by invited poets from all over the world.

END_OF_DOCUMENT_TOKEN_TO_BE_REPLACED

MARIA MIRAGLIA: When did you approach poetry?

SANTOSH BAKAYA: Till the sixth standard, I had no idea I could write poetry.  Then there came a girl in mid-session who would sit on the last bench in the class and scribble away. This stoked my curiosity, so I dared to ask her. “What do you keep writing?” She told me that she was writing a limerick. I did not know what a limerick was, so I went home and asked my dad. He told me that it was a five line verse with the rhyme scheme of aabba. Then there was no stopping me and I started churning out one limerick after another. So it was that girl who started me on my writing career, and the first poem that I wrote was about a haunted fort, where owls hooted and the trees rustled eerie tunes.  I was so fascinated by the limerick rhyme scheme that I wrote my poetic biography of Mahatma Gandhi in aabba rhyme scheme.

END_OF_DOCUMENT_TOKEN_TO_BE_REPLACED

BASUDEB CHAKRABORTI: Poetry as we understand it in conventional and traditional ways is in no way essential to our life. A man can survive without reading a poem throughout his life. Writing or reading habit for poetry is not the instinct for self-preservation. There is no apparent relationship between the Survival of the fittest and poetic sensibilities. I do refer in this context not only to the Biological evolution but also to the Social evolution or Social Darwinism. Human life is a relentless struggle not only at the physical and environmental level but also at the ethical, intellectual and social level.  Let me refer to Herbert Spencer’s ethical evolution and particularly Spencer’s pure Laissez-Faire ideology that is of minimal governmental interference in the financial and societal relationships among individuals in a society.  In this connection let me refer to the name of Leslie Stephen who was an offshoot of Comte’s Positivism in England. The Science of Ethics Stephen wrote. This overwhelming policy of the 19th century England also influenced the other side of the Atlantic. For example, we can refer to the deregulation of the postal services in the Unites States. The implementation of this policy has result in the all-out growth and the development not only of individuals but also of society. It is the ideal Government “that governs least”. Apparently, it has nothing to do with poetry. I do hereby underline the adverbial word ‘Apparently’. END_OF_DOCUMENT_TOKEN_TO_BE_REPLACED

AMPAT KOSHY: Literature and poetry are definitely essential to life. They sharpen our skills of expressing things better using language and also help us to socialize better thereby as well as feel less lonely. This is clear from the general history of mankind where one started with verse and poetry and prose was only a later development. Poetry was considered in Greece as either something that made you godlike, a sub creator as Tolkien puts it later, or a problem for rulers with a subversive nature in its being primarily imaginative thus, creative. Every country or language and region has it favourite poet and traces the beginning of its entry into world culture with that figure’s works usually be it Homer or Pushkin or the sages who wrote the hymns of the Rig Veda. These poets and their work begin civilization, and build its culture and define it. The same with the writers of the Bible for the Hebrews or Chaucer, Spencer and Shakespeare for England etc. All poets.

END_OF_DOCUMENT_TOKEN_TO_BE_REPLACED

JERNAIL SINGH ANAND:  Poetry is a part of the refining process of human soul, which elevates human perceptions, and finally ends up improving the quality of thought and social interaction. Literature has always stood for higher values of life. History is only half the truth, as it records only the happenings which took place at the empirical level. Literature deals with what happened in the mind of men, who suffered through the ages.  I believe that poetry, like any other art, represents its times. It is a byproduct of the social and political stratosphere. Therefore, it is a powerful source to understand any epoch of history. Finally, it can be said that literature is the unedited version of the history of an epoch.

END_OF_DOCUMENT_TOKEN_TO_BE_REPLACED

GOPAL LAHIRI: Literature or Poetry is like a mirror. It reflects the poet’s thought process, state of mind and ideas. At the same time, it also helps identify the state of society. The opinions, beliefs, dogmas and feelings shared through verse, each with a different interpretation, collectively, paint a larger canvas of the state of the society. Yet, at the same time, poetry can be both abstract and thought-provoking. In my opinion, a poet should be truthful with oneself and express his or her views without fear. One of the poetry’s most appealing elements can be the mixture of observations and ideas. Here the poet reaches out to the world and poetry. Poems are not really written; they just happen as a reward of listening to inside and the surrounds. The sensory images that arrive and stay when we are open to the world around us. One can appreciate poetry from a moment in time. That moment when finally, instead of being asked to heal and forgive, they are allowed the vengeance, the rage that is rightfully ours. Since time immemorial, the poets are conscientious souls of the society persuading a vision, a reverie, a passion, inspiring the commoners and encouraging them to cross any hurdle or to provide solace.

END_OF_DOCUMENT_TOKEN_TO_BE_REPLACED

ASHOK K. BHARGAVA: Literature has allowed us to step outside our sentiments, release our minds, and move in the expansive world created by words. The history of mankind becomes alive only when looked at through the prism of a poem, a song, a dogma of our tenderness, otherwise it is just a ruthless story of selfish conquests and destruction of the vanquished.

END_OF_DOCUMENT_TOKEN_TO_BE_REPLACED

Translate In Your Language 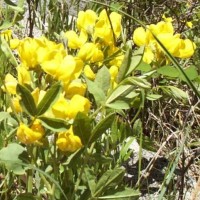 "The silence of the night awakens my soul"

I am a lover of perseverance. I am folklore. I am consistency and contradiction.

Poems & Fiction: Serial & Flash. This is where I bleed out the dark

On a Quest to Find Hope and Inspiration in Everyday Life

Doing the best I can with what I have

Poetry From The Outside

do I exist? (and other concerns)

Adventures and Musings of an Arch Druidess

The Writing Center at the University of North Texas

If I'm not reading books, I'm probably talking about them on the internet